Standing up, speaking out! 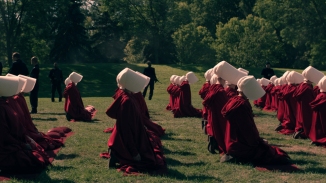 This blog post has been mulling around in my mind for a couple of days now, it comes from a deep disturbance in my spirit that is saying strongly and firmly “stand up, speak out!” it is not about the terror attacks we have seen on British soil recently, nor is it about the Grenfell Tower fire, all of which I have reflected upon and commented upon via Social Media, and through my preaching and public prayers. What I am writing about today does not directly affect me, and yet it does, because if I do not stand uap and speak out then my silence makes me complicit in the awful suppression of women’s rights that is taking place in Missouri, USA.

A spokesperson for the group told HuffPost that before the ordinance passed last winter, NARAL had not heard of any specific cases in which women were discriminated against because of their reproductive history. But the group had not been tracking the data closely before then either.

“Under the current political administration, we are seeing more threats against women for using birth control or having an abortion. We wanted to be proactive and protect them,” Kirstin Palovick, an organizing and policy associate with
NARAL Pro-Choice Missouri, told HuffPost in an e-mail. “Since the passage of this bill, we have had at least one person make a discrimination complaint based on their reproductive health care. We know the problem is happening, and we are beginning to hear more stories about it.”

Or consider this from  Bustle:

But the bill that the house approved, SB 5, doesn’t stop there. It also extends that same privilege of discrimination to landlords, who would be able to evict women for getting an abortion, using birth control, or getting pregnant out of wedlock. And it imposes more severe regulations on abortion providers.

These sections of the bill are meant to overturn a St. Louis ordinance that prohibits discrimination based on “reproductive heath decisions.” The city passed that ordinance this spring, and Missouri Gov. Eric Greitens then complained that “radical politicians” had made “St. Louis an abortion sanctuary city.”

I could go on picking out more and more articles, all standing up and speaking out, many offering dire warnings and quoting the Handmaid’s Tale by Margaret Atwood as no longer a work of fiction but a looming possibility. The state is outrageously, invasively giving employers and landlords the power to police highly personal choices women make about their bodies and lives. Missouri is sending the message that a woman’s livelihood, independence, even her ability to provide for her kids is all less important than her boss’ personal need to impose his narrow beliefs on her!

The reading of the Bill was protested by women dressed as Handmaids and sitting in silence, their protest a stark reminder of a looming possibility, one that will creep up upon us bit by bit if we dare to turn our backs upon the women of Missouri, to stay silent in word and action.

To quote the Data Lounge:

Reproductive rights have certainly been a popular topic of discussion since Donald Trump took office. Quartz reported that the president’s 2018 budget proposal called for a large sum of money to “extend abstinence education and personal responsibility education program” all the way until 2024. This isn’t the first time that the president has come under fire for disregarding women’s health care. Things like postpartum depression, cesarean sections, surviving domestic violence, and rape are all grounds for coverage denial under the president’s American Health Care Act. People have become particularly upset with the fact that Ivanka Trump hadn’t spoken up about women’s health, though she continues to act as an advisor in her father’s administration. These issues remain ongoing. Next week, the Missouri House will convene to possibly approve the legislation as is and pass it along to the governor. The other option would be to negotiate with the Senate for adjustments.

Yes I am quoting and sourcing some Feminist sites, but I make no apology for that,  and yes the Bill is first and foremost about abortion, but when employers and landlords are given the power to dismiss or evict women because of their birth control choices something is badly wrong and we must not stay silent.

For so many years and a great cost the rights of women have been fought for all over the world, in some places there is a long way to go, in others where it seems that great progress was being made such as the USA, the steps being taken are steps backwards rather than forwards!

Perhaps we start with small things; if you read the Bible is the version you read gender inclusive? Several times recently I have flinched at the reading of Scripture that makes me invisible, because it referred  to Brothers and Mankind etc. etc.

Perhaps we start with small things, remembering that a woman with leadership skills isn’t bossy! Remembering that speaking up and speaking out is not being offensive or loud!

Perhaps we start with small things, like remembering that women are not a minority population, but in fact in many countries are the majority population, and on balance there is almost a direct 50/50 split in world population.

But this is not a feminist rant, this is a cry out for the sake of humanity that we must love and value one another, we must speak out against all unjust discrimination ,and surely all discrimination that devalues our humanity is unjust! . If we are silent here when will we next be silent?

When I spoke to young people at our recent Drop In at Church they were concerned about the levels of hatred they see in the world, they were concerned that the adults they encounter were more concerned about being right, or defending their rights than they were about creating a fair and just society where all are welcomed and celebrated, where power goes hand in hand with humility and love is the basis for action rather than profit! I find myself humbled by their views, on the whole they were more concerned with equality than possessions, and relationships than rights.

From a personal point of view I considered myself unworthy and unwanted for years, I was always trying to sink into the background, not being noticed was more important than being noticed, silence was my defense and my shield, but not any more. Today I am standing up and speaking out, not simply for the women of Missouri but for humankind as a whole, for we are created in the image of God and declared good, male and female, black and white, rich and poor, whatever our background, whatever our sexuality, whatever our social standing, whoever or wherever we are we are seen and known and loved, let us then dare to step into that love, to speak out, and affirm and celebrate one another. 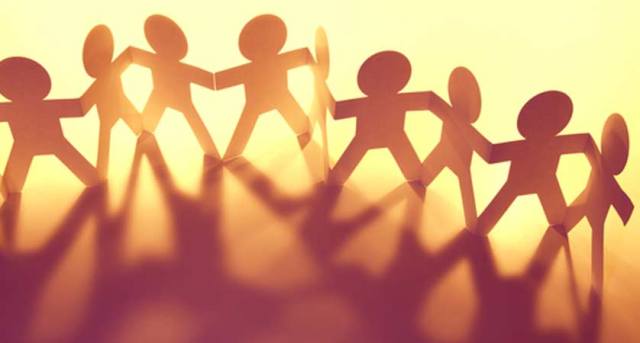 How do I describe myself, I am not what I do, (I am a Methodist Minister), I am not who I am related to (I have 5 wonderful children, 2 lovely granddaughters and a grandson). I am a seeker truth, a partaker of life in all it's fullness and a follower, sometimes stumbling, sometimes celebrating of the Christian pathway. I seek wholeness, joy and a connectedness to all things through a deep reconciliation with the God whose love blows my socks off!
View all posts by Sally C →
This entry was posted in Justice, speaking out, Uncategorized, womens rights and tagged birthcontrol, equality, Love, Missouri, speaking out, women. Bookmark the permalink.